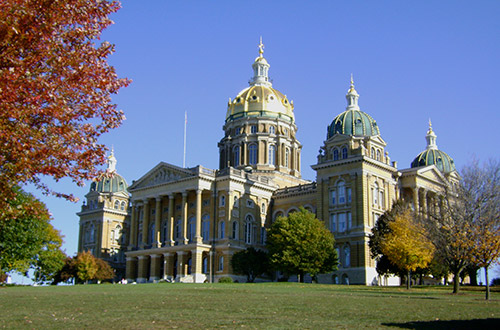 The CSRO is pleased to announce that HF 233, step therapy bill introduced in the Iowa House by Representative Joel Fry (R, 27th) on January 23, has passed both the House and the Senate and is now headed to Governor Terry Branstad’s desk. Should the Governor sign HF 233 into law, Iowa will join West Virginia as the second state to enact step therapy legislation in 2017.

This bill seeks to put strong guard rails around step therapy protocols used by the insurance industry that currently forces patients into a lengthy waiting process for their prescriptions. The important legislation will help curb the worst of step therapy and protect the people of Iowa, especially those living with chronic diseases, by creating a path for them to receive the medications their doctors want them to have.

The CSRO applauds the efforts of Representative Fry and both the Iowa Senate and House in passing HF 233, and urges Governor Branstad to sign this crucial legislation into law. The CSRO will continue to monitor this legislation and will provide updates as necessary.