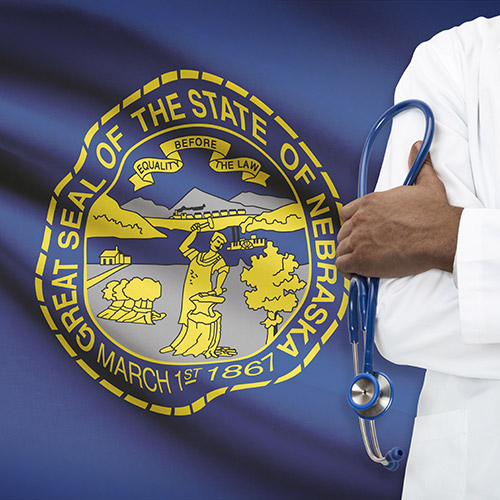 HB3438 was signed by South Carolina Governor Henry McMaster. This bill provides important pathways for access to these unique medications. It also creates much needed patient safety rules including for dispensing pharmacists to communicate with physicians about biosimilar substitutions within 5 business days. Requiring this communication as quickly as possible provides physicians an opportunity to counter and correctly report any adverse effects of medications. South Carolina became the 31st state to enact biosimilars legislation.

In Nebraska, LB481, a bill for biosimilars access and regulation, was approved on first round debate by the State Legislature on a vote of 35 – 0, and is now listed as a priority bill for final review by the Legislature.
The bill’s sponsor, Senator John Keuhn, said, “Biosimilars are less costly imitations of drugs known as biologics, which are used to treat a range of diseases including cancer, rheumatoid arthritis, diabetes, and anemia. But they are different from generics in that they are not exact copies. LB 481 is a critical piece of legislation that updates Nebraska statutes to provide guidance for clinicians and dispensers as biosimilar products pass through the FDA approval process.”

In Nebraska, Jackie Newman’s daughter Zoe was diagnosed with juvenile rheumatoid arthritis at the age of two. The disease caused her severe chronic pain that traditional drugs did little to alleviate.

According to Newman, her daughter spent years running through what seemed like every traditional treatment, until she had nearly exhausted them all. But at age four, Zoe was finally old enough to try a new type of drug called a biologic.

“Its effects were nothing short of miraculous. Within the course of weeks, this new drug had relieved much of Zoe’s pain and drastically improved her quality of life,” Newman said.

“I passionately believe in the revolutionary potential these drugs hold for patients, because I’ve seen their incredible power firsthand. Because of biologics, Zoe was able to run, for the first time in her life, at the age of four. Seeing my daughter go from tears over the pain to completing her first Jingle Bell Run was one of the most incredible moments of both of our lives.”

“This legislation will open the doors to biosimilar medicines, providing additional life-changing treatment options for patients, while protecting patient safety by requiring communication by all members of the medical team. The bill would provide guidance for health care providers and patients as use of these innovative products grows,” Senator Kuehn said.

The CSRO has been a part of the coalition steering LB481 towards passage in Nebraska, and it will continue to track the bill through its final processes. To date, 31 states have enacted legislation for biosimilars counting South Carolina’s recent enactment, and Maryland’s SB997 only requires the signature of its Governor.