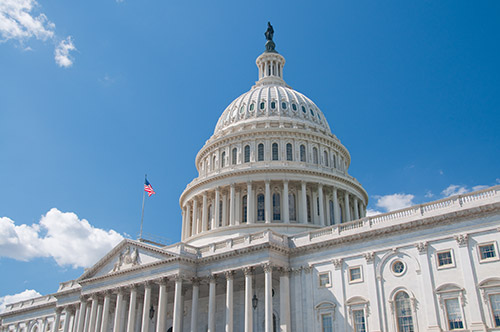 Last week, CSRO’s Past President and National Advocacy Chair, Michael Schweitz, MD, participated in one-on-one discussions with Centers for Medicare and Medicaid Services (CMS) Administrator Seema Verma and Special Advisor to the Administrator Jeet Guram, MD, to discuss details about the Trump Administration’s potential International Pricing Index Model for Medicare Part B Drugs. Administrator Verma explained the agency’s intent to keep physicians financially whole, while removing the risk of taking title for physician-administered drugs. According to Verma, CMS would pay vendors for the drugs, while physicians would receive a “flat fee” to cover their costs as well as negotiate for the best deal with vendors.

Dr. Schweitz explained that, under the current buy-and-bill model, physicians do not pay any “fees” or administrative costs to vendors, so the new flat fee, which would be funded from a pool of dollars based on Average Sales Price (ASP)+6%, vs. the current ASP+4.3%, would not keep physicians whole. Moreover, Dr. Schweitz expressed concern that the “flat fee” would continue to reduce as the ASP drops year-over-year, and even those outside the model would be impacted. As a result, the demo is actually a wholesale payment system change because it impacts every provider that delivers Part B drugs.

Administrator Verma did confirm that utilization management would not be included as part of the model, and that vendors should only be viewed as a distribution channel for the medicines physicians need to access for their patients. She also noted that medical organizations, among others, could bid to become vendors. Dr. Schweitz encouraged the agency to make these points explicit in the rule. With respect to copay collection, the Administrator appreciated CSRO’s concerns, but noted this is an issue that practices are accustomed to dealing with at present and that vendors do not have contact with the patient and would be unable to collect these funds directly.

Later, in conversations with Health and Human Services (HHS) officials on alternatives to the existing drug model proposals, Daniel Best and John O’Brien, MD emphasized the importance of lowering list prices for Part B drugs and pushing financial risk to providers, while keeping decision-making between the physician and beneficiary. Administrator Verma and Dr. Guram encouraged CSRO to submit these and other issues in written comments, and to continue reaching out to CMS as other questions and concerns come to the surface.