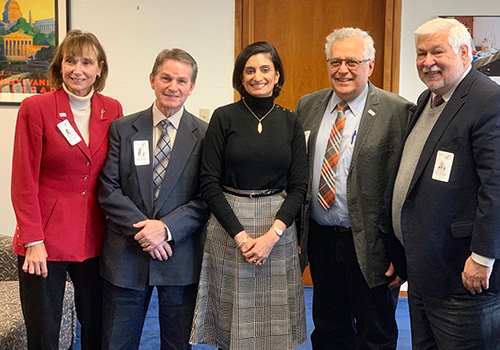 Prior to commenting on the proposed International Pricing Index Model (IPI) for Part B drugs, CSRO leadership met with Centers for Medicare and Medicaid Services (CMS) Administrator Seema Verma to convey rheumatology's perspective.

During the discussion, CSRO leadership raised concerns about introducing third-party vendors, PBMs, into the IPI model. CSRO leadership also suggested maintaining the current buy-and-bill system, offered several other proposals for the distribution of the add-on pool to physician practices, and provided additional input regarding payments.

While the administration remains serious about moving forward with the conceptual framework, they did express their willingness to modify the proposal to address concerns within the physician community. CSRO was extremely encouraged by many of the additional details provided by CMS, and is grateful for the opportunity to engage with the administration as it pieces together the demonstration project.

View the full letter submitted on December 31st containing CSRO's final comments on the Proposed Rule for the International Pricing Index Model for Part B drugs: