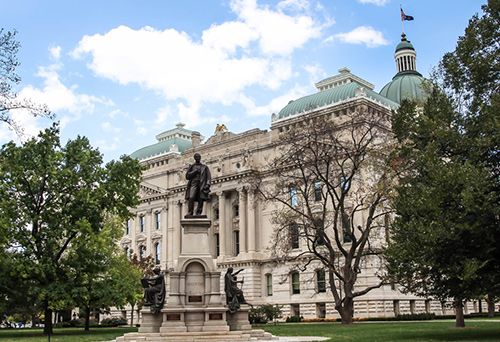 In the on-going battle over costs, health insurance companies use tactics that come at the expense of those battling chronic and complex illnesses. Non-medical switching is a strategy used by health plans to reduce expenses by switching the prescription for a stable patient to a “preferred” drug — for reasons unrelated to the patients’ well-being and in some cases without warning. It must be noted that these “preferred” drugs are not always cheaper for the healthcare system.

Non-medical switching has the potential to affect every person who is diagnosed with a chronic or rare illness such as arthritis, diabetes, mental health conditions, chronic pain, psoriasis, and high cholesterol, just to name a few. These individuals are especially vulnerable because they rely on stable medication to improve their day-to-day lives.

These unnecessary, administrative barriers have immediate consequences to patients’ healthcare. Above the general breach of the doctor patient relationship, this practice also has financial, medical, psychological, and ethical implications.
In a recent study conducted by the Indiana Stable Patient Protection Coalition (ISPPC), the majority of respondents (68.9 percent) reported that they were victims of non-medical switching, and 69.2 percent of those patients did not have the opportunity to reject or decline the switch. If patients did try to revert to their original prescription, changes in insurance coverage were found to be so dramatic that approximately three-fourths (74.1 percent) reported that the primary therapy prescribed to them became suddenly and significantly more expensive to obtain.

Currently, there are no state protections for patients in Indiana from non-medical switching. The study by ISPPC found that nearly every respondent (98.6 percent) supports legislation that would prohibit insurance companies from financially pressuring them to switch their prescribed medication for non-medical reasons. The demand for Indiana to follow states such as Texas, Louisiana, and Nevada in protecting patients from non-medical switches is loud and united.

Indiana needs legislation to guarantee that insurers honor their contracts with patients and prioritize the value of treatment stability. Indiana State Senator, Liz Brown, has answered this call by introducing SB 585.

Proper patient care should not be compromised by health plans that do not spend sufficient time evaluating patients on a case by case basis. By allowing insurers to continue prioritizing profits over patients, all of our healthcare and well-being is at risk.

Stay up-to-date on SB 585 by subscribing to updates on the Indiana state legislature website.

The Coalition of State Rheumatology Organizations, a partner of ISPPC, is also compiling patient and provider experiences with non-medical switching for future legislation. Please submit occurrences to info@csro.info.