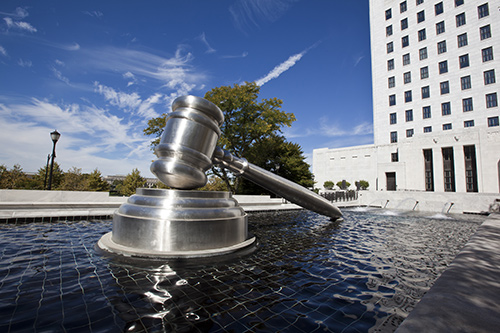 For the last couple of years, the issue of Pharmacy Benefit Managers (PBMs) and their impact on the health care system has been a topic of much concern in both the state of Ohio and the nation as a whole. PBMs are companies hired by insurers to manage drug benefit programs. They essentially act as middlemen between insurers, manufacturers, and pharmacies and thus have a uniquely central role in the drug market, handling everything from setting patient copayment amounts to determining which drugs are covered by which health plans. They originated as an obscure part of the pharmacy supply chain but have since been criticized by pharmacists and lawmakers, who say the PBMs aren’t transparent and keep too much of the tax money they manage.

To combat this, the state overhauled the program, leading PBMs to pay out more money to pharmacists. According to a study sponsored by Ohio Medicaid, results showed a 5.74 percent increase in amounts paid to pharmacies in the first quarter of 2019 under the new system. Increased payouts to pharmacies typically mean greater access to essential drugs and lower costs for patients. However, when PBMs keep the money for themselves and pay pharmacists too little for certain drugs, it can have real consequences for a community. A local pharmacy might refuse to stock a drug that members of the surrounding community rely on or might close altogether and limit access to care.

Ohio Medicaid’s main concern was that PBMs needed to become more transparent. Under the old system, PBMs made their money through a tactic known as “spread pricing.” This refers to the difference between what the PBM charges the health plan for a drug and what it reimburses the pharmacy for it. Due to a lack of required transparency, the pharmacy doesn’t know what the health plan pays the PBM for the drug, and health plans don’t know how much the PBM reimburses the pharmacy for dispensing it. PBMs use this lack of transparency to keep the spread as profit. However, as of January 1st, Ohio law now mandates that PBMs instead charge a transparent fee for administrative services, and the Medicaid money they pay for prescription drugs has to directly pass through and pay for prescription claims.

CSRO applauds Ohio for its support and implementation of PBM reform. For too long, these middlemen have been lining their pockets with savings that should be being passed down to patients. Without an increase in PBM transparency, payers will continue to see essential drug restrictions and outrageous out-of-pocket costs. Looking forward, the CSRO will continue to support a flat rate system for PBM administrative services, giving patients the opportunity for high quality, affordable health care.