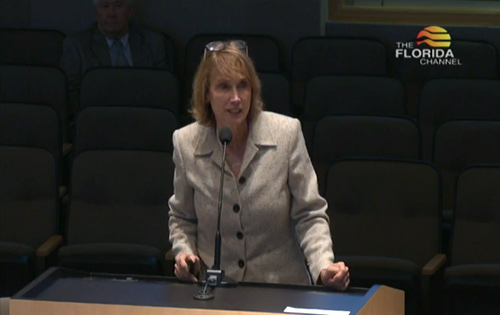 On February 5th, 2020, the Florida Senate Health Policy Committee met in Tallahassee, Florida to address pharmacy benefit managers (PBMs) and whether or not they actually serve to benefit Florida’s patients. In a mere seven minutes of testimony, Dr. Feldman thoroughly dissected and exposed PBM practices and their adverse effects. In the United States, three giants (Express Scripts, CVS, and UnitedHealth) are responsible for 80% of all PBM coverage. However, these companies survive shrouded in mystery and untold profits.

Even in the face of the recently increased attention to the impossibly complex drug industry following the growing public outcry over rising drug costs, PBMs have managed to stay in large part under the public’s radar. Acting as intermediaries between insurers, manufacturers, and pharmacies, PBMs play a uniquely central role in the prescription drug market, handling everything from negotiating prices with drug manufacturers and setting patient copay amounts to determining which drugs are covered by which insurers. And yet, despite their undeniable significance, PBMs and their effect on drug costs have managed to go largely unnoticed by the vast majority of Americans, allowing them to quietly influence not only prices and ultimately the amount patients pay for their prescriptions but also which drugs are available and accessible to the public. Though they publicly state that their mission is to lower the patient costs of prescription drugs, PBMs use an unchecked rebate system to amass huge profits at the expense of patients. A rebate is a chunk of money that a drugmaker agrees to pay a PBM each time a certain prescription is filled. The drugmakers willing to pay the highest rebates are given preferential positions on PBM formularies. Patients, however, pay a percentage of the list price, not what the PBM ultimately paid for the drug. This equation drives up the list price, bringing in huge profits for PBMs at the expense of patients.

Currently, PBMs are not required to share what percentage of their revenue is coming from these rebates. All we know is that the PBM keeps a portion of it and pass the rest on to the patients. But past that, all of the details of that are top secret.